I keep putting this review off, because I truly don’t want to put it in print.

Is Borderlands 3 good? No. No, it absolutely is not.

I am appalled at the split-screen performance of Borderlands 3. Jade is too. To the point that, considering we’ve played well over a thousand hours in the series to date and a good chunk of that within the first month or so of the release of each game, we’ve only just scraped 30 hours more than two months in. Compare that to Borderlands 2, where we played for 28 hours in the first two days of release.

The best word for it is “unplayable”. It’s jittery, the frame rate is wildly out of whack, performance drops to an absolute crawl during large scale encounters (or, more tellingly, when one of the two players enters a menu or shop), and it crashes at a higher rate than anything I’ve ever played on the Xbox One except for Ark: Survival Evolved. Loading times are off the charts, and to top it off, your ECHO log isn’t available for the first 20-30 seconds after spawning into an area which means not only don’t you have a working minimap, but you can’t flick through your loot while you’re waiting for the action to start. Basically the slowdown across the board makes loot management a legitimate chore.

We were so looking forward to returning to Pandora after the misstep that was Borderlands: The Pre-Sequel; control of the series was back where it belonged. But even that got more time out of us than this game. After each hotfix we jump back in, hoping that maybe, just maybe, we’ll get the day one experience we were expecting, but it’s just not there. And maybe we should have heeded the warnings of some of the more salty review sites that didn’t like the fact that they got trimmed down and optimised versions of the game so close to release– let’s be real, that should have been a massive red flag. What I can say with utmost confidence is that we won’t be picking up any special editions or pre-order copies of a Borderlands game in the future.

The story is fine, though the holes left by missing characters was pretty significant, and Lilith’s plot armour wore our patience thin rather quickly, especially when other characters didn’t get the same treatment. I liked the Calypso Twins more than Jade did, but they weren’t a patch on Jack or Zarpedon. They were about on par with Steele from Borderlands 1, but a tad more irritating over ECHO. That’s not to say they weren’t funny or threatening at times, but again, something was missing.

The variation in guns is good, and the difference between levels while significant isn’t so overwhelming that guns become useless immediately after picking them up like sometimes happened in Borderlands 2. The rate of legendary drops is also higher. I like the changes to the driving system and the variation in vehicles. We can’t really comment on Mayhem mode or on the Halloween event, as we haven’t gotten a non-crashed session out for more than an hour since we finished the story and the event started.

Honestly, the review would be more positive if it weren’t for the performance issues, and I know (because I’ve played an hour solo) that the same issues aren’t present in single player, or at least not to this degree. But that’s so unbelievably not good enough for a game that’s designed from the ground up to be a co-op experience. We’ll probably be back to try again once the first DLC drops, but this review will remain the same, because two months in, you’ve lost your chance at a positive review.

There’s an extended, hour-long version of this rant from both me and Jade on its way, but there’s a lot of swearing to bleep out on Jade’s end and it’s a bugger to edit.

So, is Borderlands 3 good? No, unfortunately it is not. 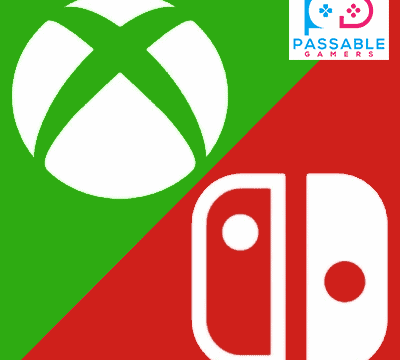